Here you can find all the latest news from Flims Laax Falera.

All the news from Flims Laax Falera directly in your mailbox? Subscribe to our newsletter now! 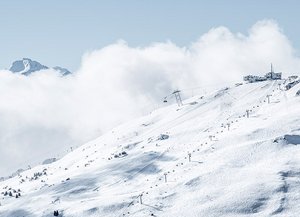 Get ready for the weekend! We are expanding our range of lifts, slopes and mountain restaurants from Saturday, 7 December.

Additionally on weekends 7 and 8 December 2019:

Restaurants on the mountain:

Additionally on weekends, 7 and 8 December:

See you on the mountain!

After the weekend, Laax will start daily lift operations. On 14 December 2019, Flims will also start daily operations. Further information on the pre-season operation and on the open pistes, lifts and restaurants will be continuously updated here and on the INSIDE LAAX App.

Restaurant operations on the mountain: 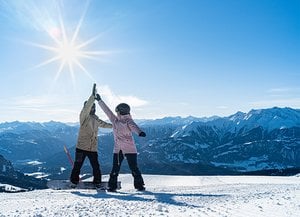 Thanks to the snowfall and the low temperatures of the past days, a stable layer of snow was able to form at higher altitudes, enabling the opening of slopes and lifts around the Crap Sogn Gion. Freestylers can look forward to action in the Snowpark NoName.

The following facilities are in operation:

The pre-season operation runs from the Laax valley station and starts at 08.30 a.m. The last descent from the Crap Sogn Gion is at 16.30 p.m. Daily lift operations from Laax base station and weekend services from Flims will start on 30 November 2019. Daily services from Flims will also start on 14 December 2019. Further information on the pre-season operation and on the open slopes, lifts and restaurants will be continuously updated on the website and the INSIDE LAAX app.

Restaurants on the mountain: 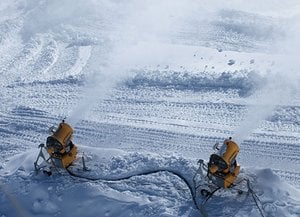 Due to the changing weather forecasts and strong winds at the Vorab glacier, the pre-season operation will not start this weekend.

The following restaurants will be open on the weekend from 16 to 17 November 2019.

The wind and weather conditions do not allow a pre-season start on the Vorab glacier this weekend. However, we take advantage of the cold temperatures and concentrate on the snowmaking around the Crap Sogn Gion. Given the reported snowfalls down to lower altitudes, the chair lifts Flims-Foppa and Foppa-Naraus will stay closed.

The following restaurants will be open on the weekend of 09 and 10 November 2019. 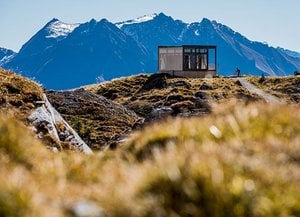 For bikers and hikers, the chairlifts Flims - Foppa and Foppa - Naraus are open from Friday, 1 November (All Saints' Day) to Sunday, 3 November. The TREK Runcatrail is open as well as the via Ferrata Pinut. The last ascent Flims - Foppa is at 4.30 p.m. and the last descent at 5 p.m.

Restaurants on the mountain and in the valley:

Due to the warm temperatures, the opening of the Vorab glacier is still a little while away. All the more the bikers and hikers are happy: Next weekend the chairlifts Flims-Foppa and Foppa-Naraus will be in operation and the TREK Runcatrail will be accessible. In addition, the Pinut via ferrata is still open and accessible.

Restaurants on the mountain and in the valley:

The LAAX ski resort received five awards last year, two of which were presented at the World Ski Awards. For the third time in a row, LAAX was named "World's Best Freestyle Resort" in November 2018. The title "World's Best Green Ski Hotel" also went to LAAX thanks to the innovative and sustainable concept of the rocksresort.

As a three-time defending champion, LAAX would be honored to win best and most popular freestyle resort again this year. The same applies to the title of the most environmentally friendly hotel. In 2018, LAAX came third in the category "Switzerland's Best Ski Resort" and was not quite at the top of the podium - this is set to change this year.

Anyone wishing to vote for LAAX can do so once in each category. To cast your vote, simply click on the desired category below and go to LAAX. If you haven't registered yet, you can do so with just a few details. Then the green button "Vote now" appears, with which the vote is definitely registered.

About the World Ski Awards

The World Ski Awards annually select the best ski resorts in the world by public and jury decision. The event is part of the World Travel Awards, which are also regarded as "Oscars of the travel industry". More information about the World Ski Awards can be found at www.worldskiawards.com.

Due to the danger of falling rocks, the Naraus - Segneshütte panoramic trail (trail no. 18) and the Naraus - Cassons hiking trail (Pala da Porcs, trail no. 20) remain closed until further notice. The situation is constantly being reassessed by geologists. However, it is possible that the closure will continue until the end of the hiking and biking season.

All other hiking trails as well as the TREK Runcatrail, the high trail to Scheia and the via ferrata Pinut are not affected by the closure. Hikers can reach the Segneshütte, the lower and upper Segnesboden and Cassons via the following routes, which can also be found in the hiking guide:

To the hiking routes

On the weekend of 16-18 August 2019 the fourth edition of the Enduro race TrailTrophy will take place in Films Laax Falera. On this occasion there may be restrictions in the operation of lifts as well as on the accessibility of hiking and biking trails:

Thank you for your understanding!

Discover the new generation of INSIDE LAAX - your companion in the destination Flims Laax Falera.

We'll take you up there